How manipulative communication techniques can harm society and our mental well-being. In the same way that “we are what we eat”, I wonder if as a society, we are “what we consume” from an information point of view. Here are my thoughts on ethical considerations for communicators. 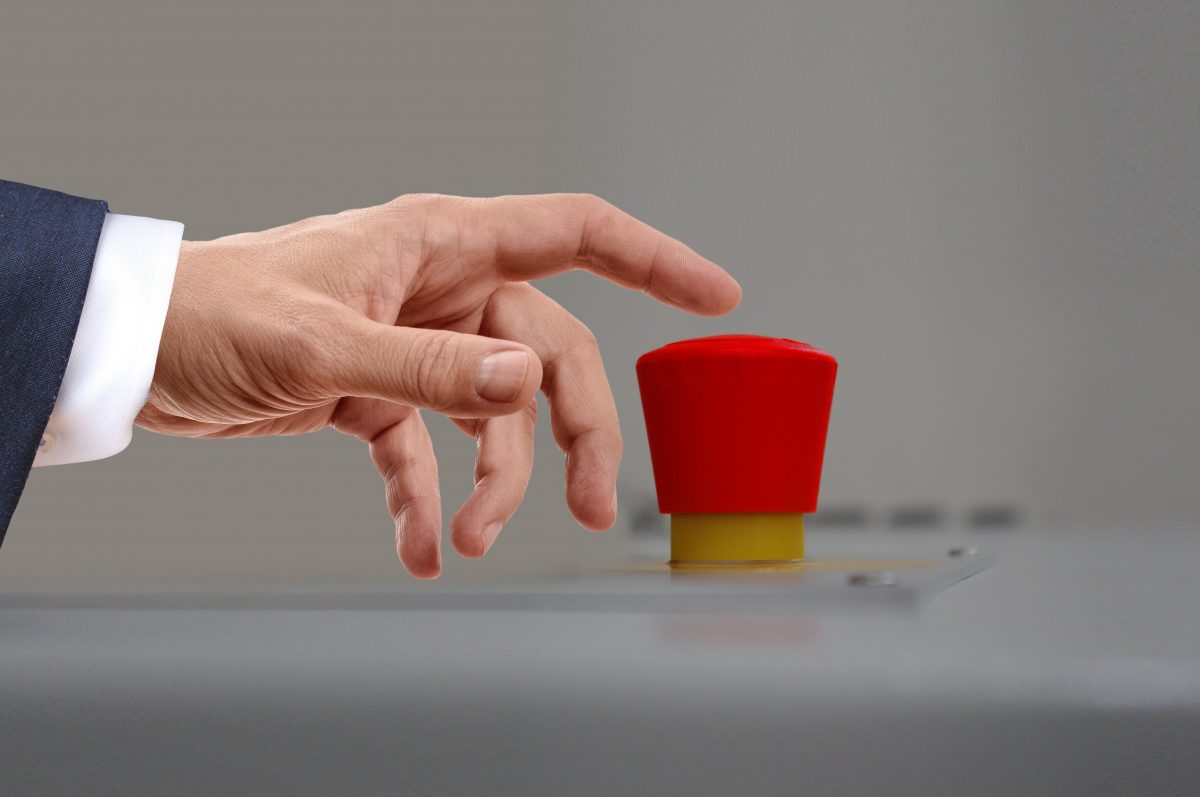 From time to time, I find myself getting angered or irritated by something or other that I read on social media or sometimes even on the mainstream TV news.

Each time, I take a deep breath and remind myself that these stories are designed to press people’s buttons and provoke a reaction or evoke an emotion.

The response the author wants might be anger, outrage, disgust, hatred or fear, but sometimes could be a positive emotion like empathy, pity, surprise or joy.

In recent years, newspapers have been struggling to sell print copies, and with their offer moving online, publications have had to choose between implementing a paywall or funding themselves via adverts or donations.

They make more money if they can get us to like, comment or share via our own social media channels, and over time, they’ve worked out that we are much more likely to do this if they can press our buttons.

Being a journalist is a position of great responsibility. What they write influences how we think, how we act and how we vote.

Politicians and their campaigners are also becoming increasingly adept at pressing our buttons in order to win our votes or approval.

In an attention deficit economy, with information overload, political parties will invest money working out what our individual sensitivities are so that they can feed us targeted information about specific policies they know we will like.

To me, however, the most concerning aspect of this technology is that it allows those same parties to restrict the amount of information we receive that might put us off voting for them.

Populism takes a hold of society by exploiting cognitive biases and pressing our buttons. Rather than offering a full package of policies, populist parties will often try to win an election on a single issue. They achieve popularity and win elections by focusing campaigns on that one policy and avoid talking about anything else that might put voters off.

Data harvested from our online habits can be used to supplement those efforts with specific targeted ads designed to reinforce the campaign.

Without this kind of individualised data gathering, a traditional detailed party election manifesto might contain a wide range of carefully thought out policies, yet the odds of finding a voter that agrees with ALL of them is so much slimmer.

For example, a political party might know you are an animal rights campaigner and that you are in favour of private schooling but the party might be strongly against private schooling. So to win your vote, they will avoid talking about education altogether, and target you only with messages about stopping animal cruelty. If you don’t investigate further, you might give them your vote on that alone.

This technique can also be exploited by political opponents. They might pay for online ads to make you more aware of opposition policies that they know you will hate. On polling day, the party with the lowest number of things you hate might win your vote. The winner is the party we least dislike!

After watching journalists and politicians play this game for the three years following the EU Referendum, two general elections, and an unexpected European Parliament election, we are left with a divided society, sensitive to even the smallest nuance or dogwhistle. I know plenty of families that have become divided over the issue of Brexit, and I’ve even heard of people walking out over the family Sunday lunch when someone mentioned the European Union.

On all kind of issues, whether or not you trust the government, or follow their advice or instructions, might depend on how you voted in the last general election, whether or not you wanted Brexit, and the newspapers you read or social media content you consume.

This is all fuelled by journalists and editors who are eager to create news where there is none at all, or where there is little more than an unverified rumour. You’ll have spotted them using headlines and phrases like:

All of it is designed to sell copies and get clicks, but of very little news value, and in some cases, can be quite damaging too.

I think persuasive (or even manipulative) communications have their place, but as communicators we have great responsibility and there are ethical considerations to reflect upon:

I think as a society we need to start questioning the ethics around some of the communication techniques that are used, because the communication we consume has an impact on our politics, our relationships, our mental health and even our physical health.

Recently, politicians have been accused of lying brazenly to an extent not seen before. Manipulative communication techniques such as gaslighting undermine society’s ability to function effectively and over time diminish people’s ability to evaluate the veracity of information. Can we spot what’s real and what is fake?

In the same way that “we are what we eat”, I wonder if as a society, we are “what we consume” from an information point of view

I can’t decide if people nowadays are more attuned to spotting these psychological games, or whether in a world of information overload, the average person is now incapable of distinguishing the good from the bad actors. I fear the latter may be the case. For the sake of society, we need to be able to teach people to evaluate information critically in schools and universities.

2.What happens when there is a crisis?

The COVID-19 coronavirus pandemic has shown us how important it is that governments and organisations act decisively and communicate clearly and without ambiguity.

In any emergency citizens need to receive good, sound advice and act together in a concerted fashion on that advice. Whether you agree or disagree with a particular political party, it’s important that a government can command the necessary authority to lead in such times.

Yet we have also seen the role that newspapers and broadcast media have in either supporting or hindering those efforts. I strongly believe that the mainstream media have an important role to play in holding government to account, but I do think they would do well to consider the impact of their style and tone on the well-being and stability of the nation.

I believe in a crisis, the mainstream media (and opposing political parties) need to do two things.

In a crisis, there’s no place for the kind of tactics we’ve seen over the past few years.

3. What is the desired outcome?

As communicators, the overriding consideration in everything we do is the outcome. So as communicators, we must consider the outcome desired and do our very best to evaluate all the possible outcomes that could possibly arise from our planned course of action.

As an internal communicator, I’m responsible for curating and facilitating the flow of information inside organisations. My primary aim is always to help businesses achieve their goals… and to do that I need to keep staff happy and engaged in the strategy of the business.

If I’m doing change communications, the desired outcome is usually a successful change and an audience that has bought into the change and that is now doing things in a different way.

If I’m doing external communications, the desired outcome might be for my client to sell more stuff, or get more members, or to improve public perceptions.

The choices we make about the words we use and the methods we employ have consequences; not just on the brands or organisations we represent, but on individual’s minds, thoughts and, by extension, on society as a whole.

Communicators have the power to change things for the better and I think we should do everything we can to make this a better world.

Would love to know your thoughts in the comments below.

2 thoughts on “Pressing our buttons”